Top 7 Myths about Bail Bondsman That You Shouldn’t Believe 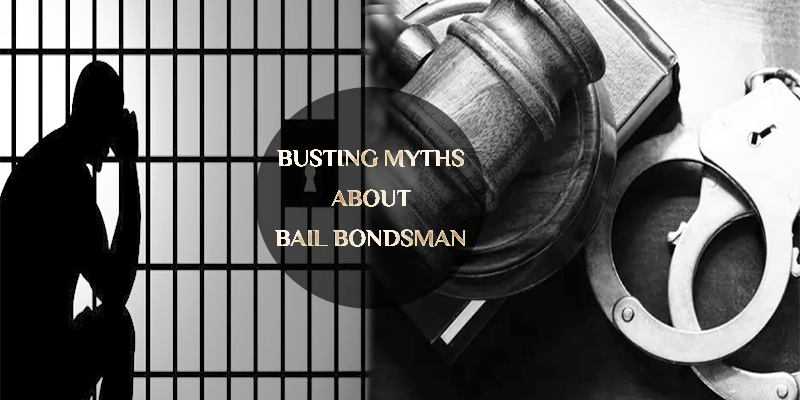 Being arrested is truly intimidating. Your brain is overloaded. You can’t decide what to do. And at this moment, many people can’t arrange the bail amount. And that’s where a bail bondsman assists. These professionals help defendants get released from jail. They act as a surety for the appearance of the defendant in a court. But before hiring a bail bondsman, it’s imperative to clear off a few misconceptions that many people believe about them.

Listed below are the top five misconceptions about bail bond agents that you should ignore.

A bail bondsman never demands unexpected extra charges. If the accused attends all the required court dates, you need not pay any other charges. And many people believe a rumor that bail bond agents accept payment only in cash. But in reality, they also accept debit and credit.

Remember, a bail bondsman has no relation with the amount for bail set by the court. The court determines the amount according to the type of crime. A bail bond agent can’t even negotiate the court’s amount. During the process, they have to work within the boundary of law.

3. The Defendant Will Be Free from Legal Obligations

Once the bail is posted, the accused is not completely free. With the assistance of a bail bond agent, you will get released from jail. But you must have to meet some legal obligations. And as a defendant, one needs to be aware of the court date. Otherwise, the defendant may be in trouble.

4. Bail Bondsman Companies Are Not Regulated

Many people consider the bail bond industry as shady. But it’s not true. These companies need to comply with state and federal regulations. Before offering a surety bond, bail bondmen meet certain requirements in terms of age, training, etc.

In films, you might have seen bail bond agents as bad guys. They defraud victims and raid their homes. But in reality, it’s completely different. Bail bond agents are a vital part of the justice system. They help the accused persons who are unable to afford the bail amount. Most importantly, these experts also save time and money for those who work in law enforcement.

6. Any One Can Get Release from Jail

Bail bond agents can’t help their clients until or unless the judge makes a decision. If the bail is determined, these experts will do everything that they can. And the defendant will come out of jail quickly.

7. A Bail Bondsman Is Same as a Bounty Hunter

A bail bondsman and a bounty hunter are different in the profession. But in some cases, bail bond agents need to take the help of bounty hunters to find the defendant who has escaped from jail.

1st and 10 Bail Bonding, LLC is an ideal destination to hire a bail bondsman. Here, you will get quality bail bond service at reasonable rates. Read other blogs to know more, and schedule a free consultation if you need.