Busting The Most Popular Myths About Bail Bondsmen! 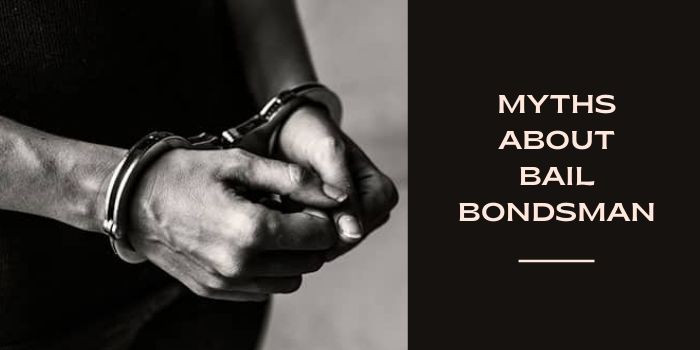 One can encounter more than a few misconceptions regarding the bail bond industry, bail bond agents themselves, and what does a bail bond mean and actually is. Now, it’s time to clear up a few of these myths! The last thing you would want is for anybody to spend extra time in jail than is required because of a misunderstanding of the bail bond system, or a fixed idea of what bail bond agencies are like.

Myth #1: A Bail Bondsman Is A Shady Character

maybe it is because of their association with the criminal court system and the insight that they “help criminals avoid prison.” But whatsoever the cause, bail bondsmen have a reputation that totally unfair for being “predators” or criminals themselves — just for doing their works. Even though you do not consider the business of bail bonds as a criminal activity, you may picture a characteristic “bail bondsman” as a bad-tempered ex-con attempting to assist his associates to evade the clink.

Does it sound like your idea of a “bail bonds agent”? Well, reputed bail bondsmen operate a wide network of extremely capable bail bond professionals. They partner with neighboring lawyers and courthouses to offer the most comfortable, convenient experience possible for clients.

When you imagine “bail bond office,” the picture that comes to your mind may be straight out of a scene of a film. Maybe you picture a back-alley, dark office, tucked among glimmering neon symbols for pool halls and dive bars. Again, this fallacy may have to do with connections between criminals and bail bonds. Yet again, this is not true!

The cause why this myth should be dismissed is to support the factors: bail bondsmen want their clients to feel at ease, confident, and comfortable regarding the process of bail bonds. It will start with offering a friendly environment where you will be able to discuss your circumstances.

There’s a tendency of lump bail bond agencies in less-reputed industries like predatory pay-day lending. The idea therefore is, bail bond companies make money off unfortunate, poor folks who have nowhere else to go to. This is totally wrong conception mainly with the reputed bail bond companies.

These facts are true when it comes to bail bondsmen. So, contact a reputed bail bondsman today without any hesitation.