What Are The Roles And Responsibilities Of A Bail Bondsman? 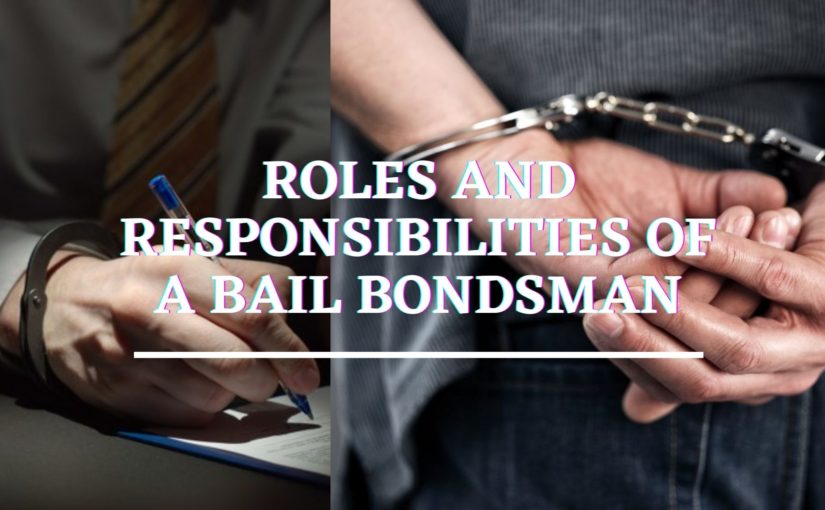 A bail bondsman from a reputed bail bond company is an expert who assists a defendant in getting out of jail quickly with the help of a bail bond in return the person has to appear in court proceedings, amongst other bail conditions.

In order To understand it all better, here’s a list of the responsibilities and roles of a qualified bail bondsman:

Once a bail bond company is requested to help a client who needs temporary liberty through bail, the bail bondsman will consider the qualifications of the defendant. A few significant factors for the application of bail bond consent comprise possibilities of being a flight hazard, credit score status, and prior record of a letdown in appearing in court after the temporary release.

The bail bondsman also collects information to assess whether or not the accused person has the money to pay for the amount of bail. The chief goal of the bail bondsman is to find out whether the individual is accountable to show up in court and obey the court-set conditions.

After the bond application approval, the agent will start collecting 10% of the bail amount as their fee. They are accountable for carrying out the legal paperwork and describing the bail bond legalities. At the time the legal forms are completed, the bail bond company will be the representative for the defendant’s bail according to the court.

Lawfully Make an Arrest underneath the Allowed situation

A bail bondsman’s service is vital for the accused person for securing his provisional liberty that is called bail. You should know the phone number of your local bail bondsman lest adverse things take place like getting arrested at the midnight.

You may have found out if a bail bondsman can be any help to you. But, when choosing a bail bond company you need to be careful as there’re several amateur persons out there calling themselves professionals.